Why You Need a Passport Card

May 12, 2015:  You may have heard about the passport card that the United States Department of State now issues. Of course, in theory it’s only officially “valid for international land or sea travel between the United States, Canada, Mexico, the Caribbean and Bermuda.”

The Department of State charges extra for a passport card, and you still must have a passport book if you are going to fly to an international destination, so you might think that you don’t need the passport card. Trust me, get one anyway.

Unofficial Uses of Your Passport 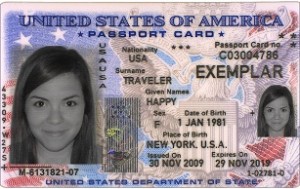 Get a passport card for all those non-official uses of your passport when you travel, like checking into hotels.

As I write this, I have been traveling around Europe practicing my language skills for the past two months. I’ve stayed a lots of different hotels, and every time a hotel clerk asks for my passport, I hand them my passport card, and no one has ever balked.

So get a passport card because it will make your travels slightly easier.