+- How to save 10% more by paying now.
After you click “Place Order” you will be offered an additional 10% discount to pay now instead of at the end of 30 days. If you choose the Pay Now option, you will save 10% and we will charge your card the amount of your purchase less a 10% discount now.

If you choose the 30 day free trial, we will charge your card the amount you owe at the end of 30 days.
+- Will your program work for me?
If you are a highly conscientious person - Yes! All of our most successful customers have highly conscientious personalities. If you are the kind of person who makes weekly and monthly plans and then keeps them, our program will work for you.
+- Which package should I buy?
In general you should buy the cheaper of the plans that will meet your study goals now. Either subscribe monthly or buy one of our one payment then lifetime access plans depending on how you prefer to plan your expenses.
+- I already speak a little French, can I buy French 2 or 3?
Yes, you can. The price is the same as French 1. Just buy the French 1 package and then contact Customer service and they will manually change your order to the one you want. If you only buy French 1 or 2 now, you can add 2 or 3 later for $227$47 per month.
+- Will Language101.com work on my phone, iPad, tablet, Mac, etc.?
Language101.com lessons are accessed from your web browser, and work on any device that supports HTML5. You don't need to download a special app.

These devices include Windows and Mac computers, Chromebooks, Android phones, iPhones and iPads. If you're not sure that the program will work on your device, try out our free demo. If the demo works, the full program will too.
+- How do I give this as a gift?
When you purchase Language101.com, you will be able to create up to 5 gift accounts and print out a gift certificate that looks like this.
+- When will we charge your card?
After you click “Place Order” you will be offered an additional 10% discount to pay now instead of at the end of 30 days. If you choose the Pay Now option, you will save 10% off of the price of the package you are buying, and we will charge your card the amount of your purchase less a 10% discount now.

If you choose the 30 day free trial, we will charge your card the amount you owe at the end of 30 days.
+- Who shouldn't buy our program.
If you are looking for a very strong French grammar program, our program is probably NOT the best choice for you. Our program is for people who want to focus on speaking and understanding French for practical communication right away.

Have more questions? You can find the answers on our FAQ page. 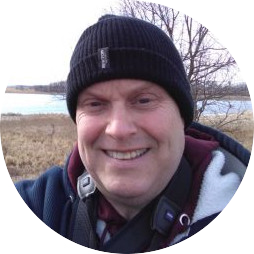 “I like how you "hit the ground running" with Language101.com by learning everyday useful phrases. There are no "the monkey is in the tree" phrases.

I have tried another nationally recognized language tutor which introduces words and concepts prior to useful phrases. The resul was my enthusiasm for learning quickly waned, and I had very little to show for hours of study. 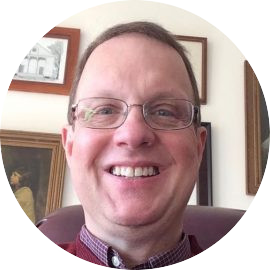 “I am a pastor, and Language101.com has helped me learn spoken French far better and faster than any of the other language programs on the market, and I have tried most of them.

Other programs took way too long for me to learn what I wanted to know. Just put in the time each day, and you will be amazed how fast you learn and retain what you have learned. 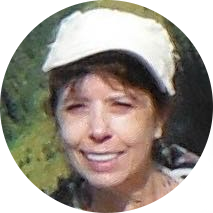 “When I tried another picture-prompted trial Spanish tutorial, I was immediately discouraged. Being in my 50’s, I thought maybe I was too old to learn. My first thought was “there goes my life-long dream of speaking Spanish!”

Then I found the introductory lesson for Spanish with Language101.com and felt as though I learned something immediately!

I needed to hear how the phrases sounded as well as read them after I try a phrase. Being able to track my studies and manage my lessons allows me to feel in charge of my own learning progress. I often found myself studying long after I intended to stop because I was just so excited and having so much fun!

Having traveled to Belize, Panama, both coasts of Mexico and Costa Rica it was so frustrating to want desperately to communicate in such a beautiful language and be unable to.

Now at 61, I feel it can only go up from here. It’s such a rush being able to speak to someone in Spanish and make myself understood! The outcome is well worth the work. It's a little like standing on top of a mountain after the climb!