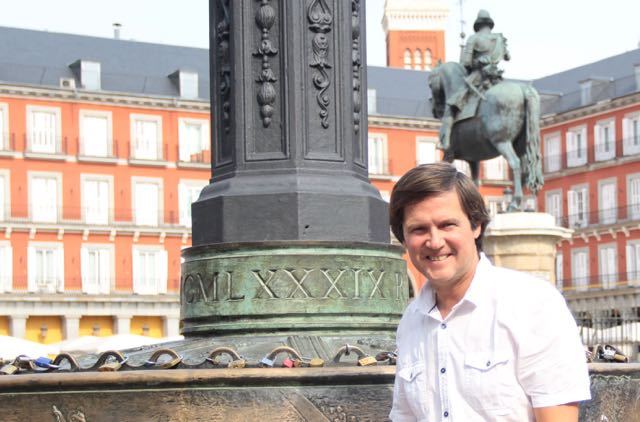 It’s the longest day of the year (June 21) in the Northern Hemisphere, and I am in Madrid, Spain, practicing my Spanish.

The delightful thing is that I am having absolutely no trouble understanding the people from Madrid, and they seem to be able to understand me easily as well.

People have often asked me if they should use our lessons if they were traveling to Spain. This is a good question since our Spanish lessons are recorded using an educated Mexican accent. Because I hadn’t been to Spain, I didn’t have a good answer.

Until now, all my experience in traveling to Spanish-speaking countries consisted of traveling to Mexico, Guatemala, and Panama, so I couldn’t really comment on how well I would be able to communicate with Spaniards, or with people from Argentina, for example.

In the past two weeks, I’ve met a lot of people from Argentina and was easily able to communicate with them in Spanish. And now in Spain, I’m getting compliments on how well I speak Spanish.

So now—based on more personal experience—I can strongly recommend our Spanish program for people who are traveling both to Spain, and all of the Spanish speaking portions of Latin America.

The educated versions of Spanish don’t change that much from one country in Latin America to the next one. However, you may want to know exactly which accent you are learning.

The Spanish lessons recorded on Langauge101.com are recorded by Mexicans with lovely voices. They graduated from universities in Mexico City.

Spaniards speak with a very pronounced lisp in their accent that will probably be immediately obvious even to beginners.

What if I want to Study Spanish from Spain?

Olly Richards, who owns the site, iwillteachyoualanguage.com says that it doesn’t really matter which version of Spanish you study as long as it’s one of the educated versions.