How to Learn Spanish With Songs 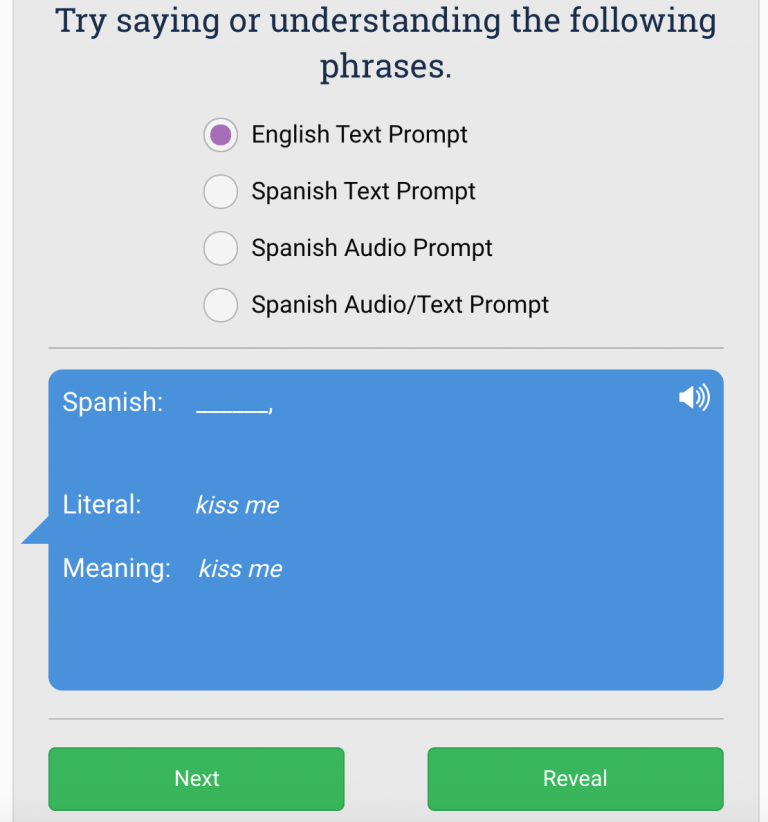 Songs can be a very effective part of your plan to learn Spanish or any other language. I’ve met several people who spoke excellent English who had learned it primarily by memorizing a LOT of English songs. When I asked them how many they had learned, they never knew, but they always said it was a lot.

Finding the Right Spanish Songs to Learn is Difficult

When you want to learn some Spanish songs, you might start by going to YouTube and typing a search term like “Songs in Spanish” (canciones en español). This search will result in millions of Spanish songs, most of which are completely unsuitable for learning Spanish. Even when you find songs that are good for learning Spanish you will have a difficult time finding accurate lyrics and good translations.

Most of the Spanish songs that you will find on YouTube will have some problem like bad grammar, or words that go too fast, or perhaps they have a strong regional accent or lots of poetic language that doesn’t really mean what the literal words are saying. It’s very difficult to tell what the problems are with the songs when you aren’t a native speaker of Spanish.

Even when you find good songs for learning Spanish, you will still need to translate them into English, figure out what each words means and then memorize the words and phrases.

How We Make it Easier to Learn Spanish Songs.

To solve all these problems we built over 100 Spanish song lessons that include a lot of features that make them much easier to learn.

First all of our songs were carefully chosen by Spanish teachers because they are Spanish “Standards” that everyone in Spanish speaking countries knows and likes. They all have good grammar, they are clear and easy to understand, they are all very popular both now and in the past and as an added benefit, learning them will may you the star of any karaoke party in Spanish speaking areas.

Here’s a video that explains in details how our song lessons work.

The radio buttons at the top of this screen let go through the song in order with different prompting methods. 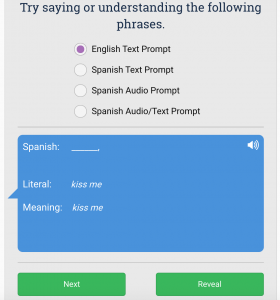 The radio buttons let you choose what type of prompt  you want to use for studying the song. 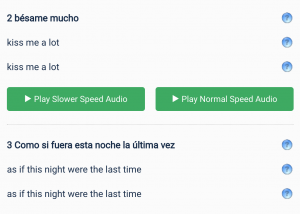 We have two translations into English (good and word by word) and a slow and normal speed recording of each phrase.

We Have Over 100 Spanish Song Lessons

Since we really weren’t sure what people meant when they said they had learned a LOT of songs, we used our professional judgment and made over 100 song lessons. These songs are Spanish standards that everyone in the Spanish speaking parts of the world knows and loves.

Memorize the Phrases With Our Spaced Repetition Tool

There are multiple ways to study each song and they are all helpful for different parts of the Spanish learning process. One thing that you should do first, is click on the button that says, “Add these Phrase to my Study Plan”. This is the fastest and easiest way to memorize what the words and phrases mean. Then use our main study tool to drill the phrases into your long term memory.

This will let you learn what all the phrase in the song mean, but you still won’t necessarily know it in order. So we built a separate tool called, “Study in Order” that lets you memorize the song (and perhaps sing it) in order.

Unfortunately we don’t yet have a live demo of our Spanish songs lessons. You will have to sign up first in order to get to try it. But we remember that we have a free 30 day trial period so you have 30 days to learn these songs before you have to pay for our lessons.

So try our free Spanish demo right now and you will be able to see how easily you can learn and retain lots of new Spanish phrases.