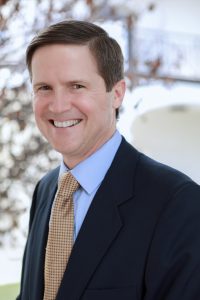 The picture on the left is me. My name is Brent Van, and I am the founder of Language101.com.

I’m a graduate of the University of Illinois at Urbana-Champaign with a degree in aeronautical and astronautical engineering.

I’m a wild enthusiast for learning foreign languages and for using technology in the right way to make language learning easier.

My approach to developing language-learning software is simple. “If we can test something and prove that it works, we do it!”

How Language101.com got started

Back in 2005, I was studying Russian using the Pimsleur language course, and it was working. What fun! I could actually communicate (a little) with these strange new sounds.

Unfortunately, every time I got done with a Pimsleur lesson, I ended up saying, “Man, that was boring!” There had to be a better way to learn a language.

Next, I tried Rosetta Stone, but it didn’t work at all. Then I tried a lot of programs that you have probably never heard of, and they didn’t work either. Pimsleur worked, but it was slow and boring.

It was a good thing that I learned how to solve problems at UIUC, because now I had a big problem. I was having so much fun learning Russian that I was pretty sure I wanted to learn several other languages too, and at the rate I was learning Russian with Pimsleur, I was going to grow old and die before I learned all the languages I wanted to learn.

In 2006 I started to think seriously about how to develop foreign-language learning software. In December of 2007, I hired my first programmer, and we started developing a program.

Learning foreign languages and traveling the world has been the best thing that ever happened to me. I went from being a typical American who couldn’t speak any other language to being able to speak conversational Russian and being able to have fun in French and German.

I’ve also made some amazing personal changes since I started learning Russian. When I began learning Russian, I worried about everything. Today I don’t worry about anything and haven’t for more than three years. Ahh, it feels good.

We live in a well connected world so if you would like to interview me for your webinar or podcast, I have a good internet connection and I can probably make take time to talk.

As you might guess, I spend a lot of time traveling, adventuring, and living in different countries. At the moment I’m traveling in Europe, so if you have any questions or if you would like to schedule an interview, please email me.